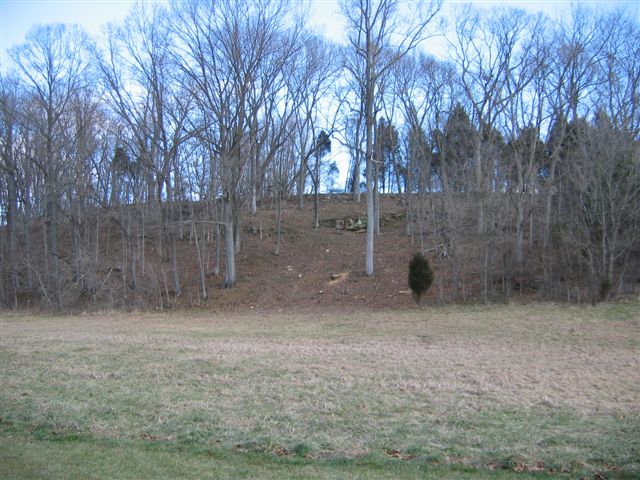 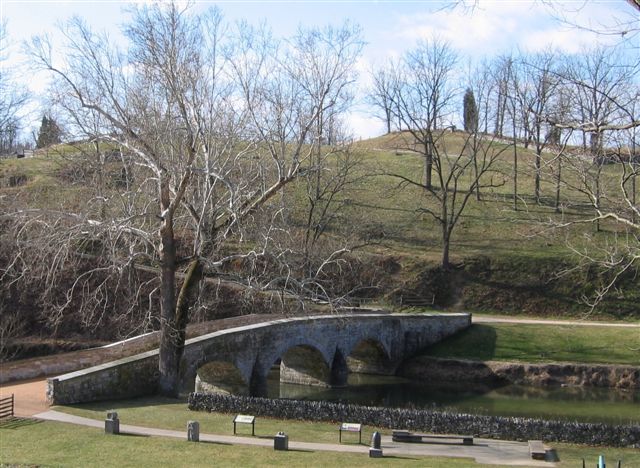 (from the June 2007 SHAF Newsletter)
by John Schildt

It was Sunday, September 14, 1862. The sky was sunny and bright. The Roulette, Rohrbach and Piper families came to worship in their horse-drawn buggies. They heard a sermon by the Reverend Robert Douglas of nearby Ferry Hill Place. On the same September Sabbath armies were marching, and a battle was raging at Fox’s Gap. In the ranks of marching men was a new regiment, the 16th Connecticut Volunteer Infantry, largely from Hartford and the surrounding area. Within a week, the congregation and the lads from Connecticut would be linked forever.

Some of the Connecticut troops were issued weapons en route to Antietam Creek. On Wednesday the 17th they crossed the stream at Snavely’s Ford, and were soon in John Otto’s 40 acre cornfield when they were struck by Confederate troops under General A. P. Hill. In a matter of minutes 43 of the Connecticut men were killed and 161 wounded. After the battle some of the surviving “nutmeg” boys were brought into Sharpsburg, to the German Reformed Church to recover from their wounds. Pews were removed; straw and blankets were placed on the floor for bedding. In a short time the tranquil life of the congregation was turned upside down, and the floor of the church would be stained with the blood of these Connecticut soldiers.

The years passed, wounds, both physical and mental, were healed and the veterans of the 16th CVI wanted to memorialize their comrades, and also remember the “dear and gentle people” in the German Reformed Church. As a result, on Sunday, June 14, 1891, several members of the regiment presented to the church a window, twenty-five feet high and ten feet wide. Placed between the towers of the church, the circular portion at the top has a laurel wreath and an eagle, with the words “Peace on Earth, Good Will to Men.” The left panel below contains a stand of colors, implements of war and the badge of the Ninth Army Corps. In the right panel are the regimental flag, above it the dove of peace, and the words “In Memory of the Sixteenth Regiment, Connecticut Volunteers.”

how to write a college essay

The window was made in Utica New York, at the cost of approximately $400. It was designed by George Whitney of Hartford, CT. An article described the dedication in the June 26, 1891 Hartford Courant the church noted the church as having two smaller windows, one to Company H, 11th Connecticut and one from the Grand Army of the Republic posts in Pennsylvania. The Courant article concludes by saying “The people of Sharpsburg showed much appreciation of the gift and in many ways showed their good will and friendship to the visitors.”

After many years of exposure to the sun and weather the windows are in need of restoration. This project was quite expensive; estimates were near $10,000. Because these windows represent a special connection between the soldiers who fought at Antietam and the people of Sharpsburg the [SHAF] Board of Directors voted in our April meeting to donate $2,500 to the restoration project.