The weather was far from inviting, cold and windy, but a few intrepid souls turned out to work with the NPS Natural Resources staff to work on scenic restoration projects on April 7, 2007. The main focus was to expose the front face of the small hill where the monument for the 11th Connecticut is located. The regiment, commanded by Col. Henry Kingsbury, attacked toward Antietam Creek from this hill in open order and was the only force which attempted to wade the creek. Now, due to our combined efforts, this monument is now visible from the bridge, and of course vice versa.

Despite the difficult circumstances, we accomplished a great deal that day, and the Natural Resources staff was very grateful for our help. After clearing much of this hillside, we moved up the hill along the Otto Lane and cut a large patch of locust trees. This was a continuance of our previous work in that area, and we now have it cleared enough to place a cannon there for interpretive purposes. Again, there was much satisfaction gained in seeing the fruits of our labors. 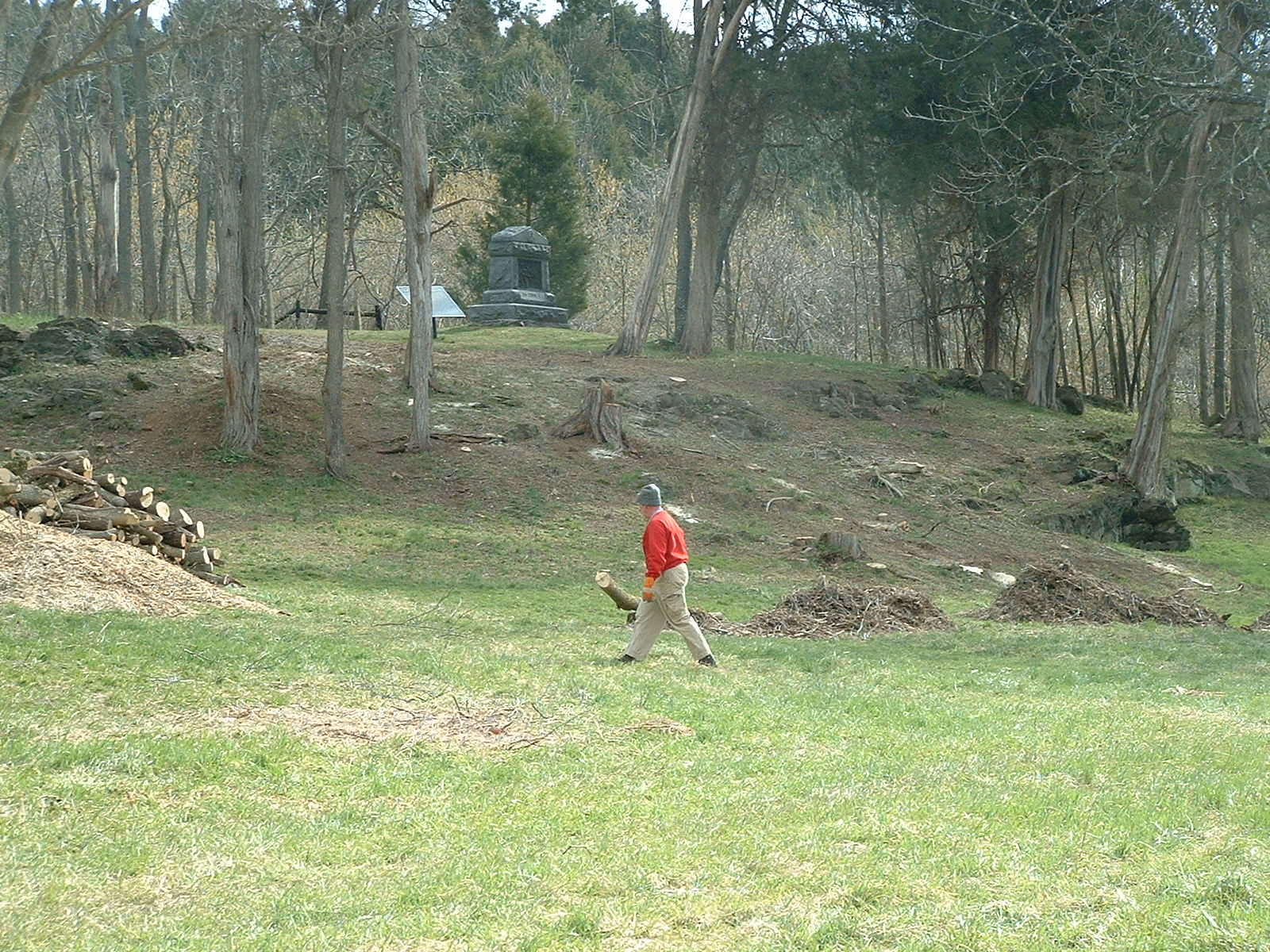 Joe Calzarette, chief of the Natural Resources division, stated that he plans for a Work Day in November to replant another portion of the Piper Orchard, a project that we worked on a couple of years ago. The date is tentatively set for the second Saturday in November. More on this event will appear in our next newsletter and on this website.