Your Board of Directors spent considerable time this summer planning for an annual membership meeting this fall, since we were unable to meet last spring. We made a lot of plans;  a speaker on an interesting aspect of the MD Campaign, some great raffle items, books for sale, a battlefield walk to show you the property we just bought, etc. Unfortunately, the Washington County positivity rate for Covid 19 is over 8% and we are the second largest “hot spot” in Maryland for this disease. Under these circumstances we just could not endanger everyone’s health by having a large gathering, even in a barn!

We would like to hear from you, and to hold some kind of meeting, and are thinking about doing on-line meeting via Zoom. We could at least show you pictures of the property, maybe do an on-line silent auction of some goodies, elect a board for the coming year, etc. We propose doing this on Thursday, Sept. 30 at 7:00 p.m. We will try to keep it short, and will definitely allow time for comments, questions, etc. (If you don’t have Zoom software, it is free and safe. We will send you a link to click on, and the rest is easy.)

Our progress towards the $15,000. Matching grant for the purchase of the house on Harpers Ferry Road is going well, but we aren’t there yet. Please, if you haven’t already donated towards this purchase, please do so soon. Thank you!

We also hope to share some more good news with you soon.

For the first time in the preservation history of the Antietam Battlefield, a non-profit organization has acquired core battlefield land along the historic Harpers Ferry Road.

“We’ve been targeting this battlefield sector as prime for preservation for some time,” said SHAF president Dr. Tom Clemens. “This site presented an ideal opportunity.”

Purchase of the non-historic house and adjoining property is all the more important because the ground lies outside the national park boundary.

“We are not confined by an artificial Congressional boundary,” commented Clemens. “This is prime battlefield land. The battle did not start or end at a paper boundary.”

The site is high ground that overlooks the final assault of Gen. Ambrose Burnside’s attack on the afternoon of September 17, 1862. Confederates under Gen. A. P. Hill stopped Burnside’s advance, saving General Lee’s army from defeat.

Clemens announced SHAF will be fundraising to pay for the property.

“An anonymous donor who has supported SHAF’s cause from the outset has offered a one-for-one match. We raise $15,000; the donor matches with $15,000,” said Clemens. “We’re up for the challenge.”

Clemens expects grants from other battlefield preservation sources to cover the bulk of the funding.

“SHAF is well-known, well-respected and well-linked in the battlefield preservation community,” Clemens noted. “SHAF has supported other non-profits at Antietam, donating tens of thousands toward other acquisitions. This time, they will support SHAF.”

For anyone interested in donating toward the $15,000 matching grant challenge, please visit the SHAF Facebook page or the SHAF web page. Donations can also be made through the Community Foundation of Washington County on their website, and may be tax deductible.

Here is the view from the property and location on the Carman map.

Members and volunteers of the Save Historic Antietam Foundation completed their first work day of 2021 on property owned by the American Battlefield Trust, who allowed us to do the work. The group, which included students from Boonsboro High School’s Rho Kappa History Society and members of the 5th New York Volunteer Infantry (Duryee’s Zouaves), cleared trees, fence lines, and rock ledges on property known during the Battle of Antietam as Reel Ridge.

Reel Ridge served as a Confederate artillery position throughout the battle and was also the location of the Army of Northern Virginia’s final line on the evening of September 17, 1862.

Thanks to everyone who came out to support our efforts! 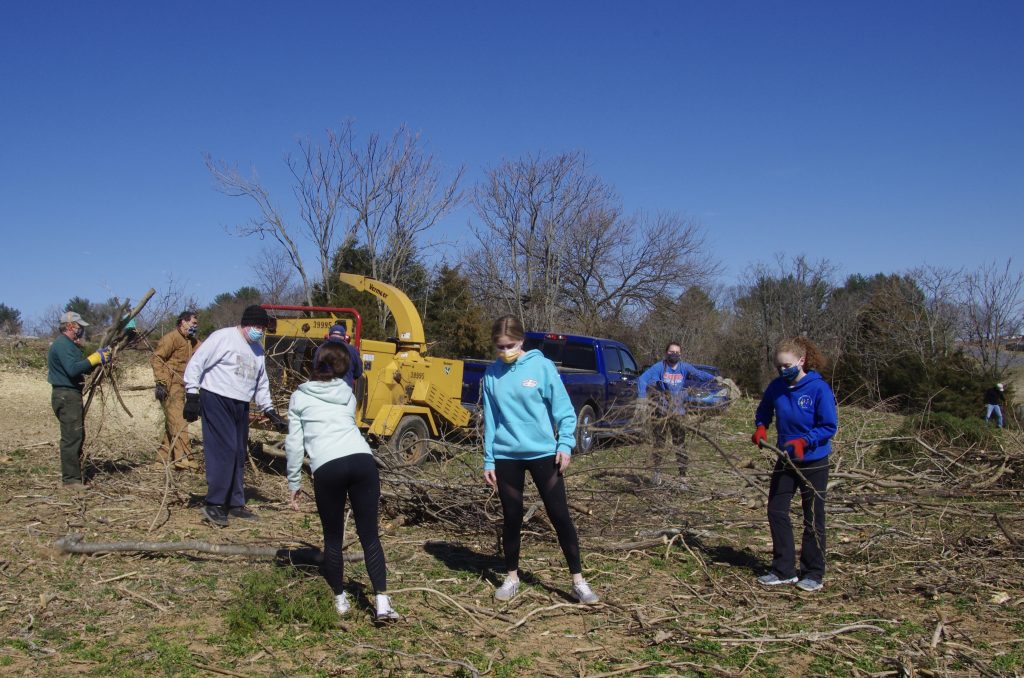 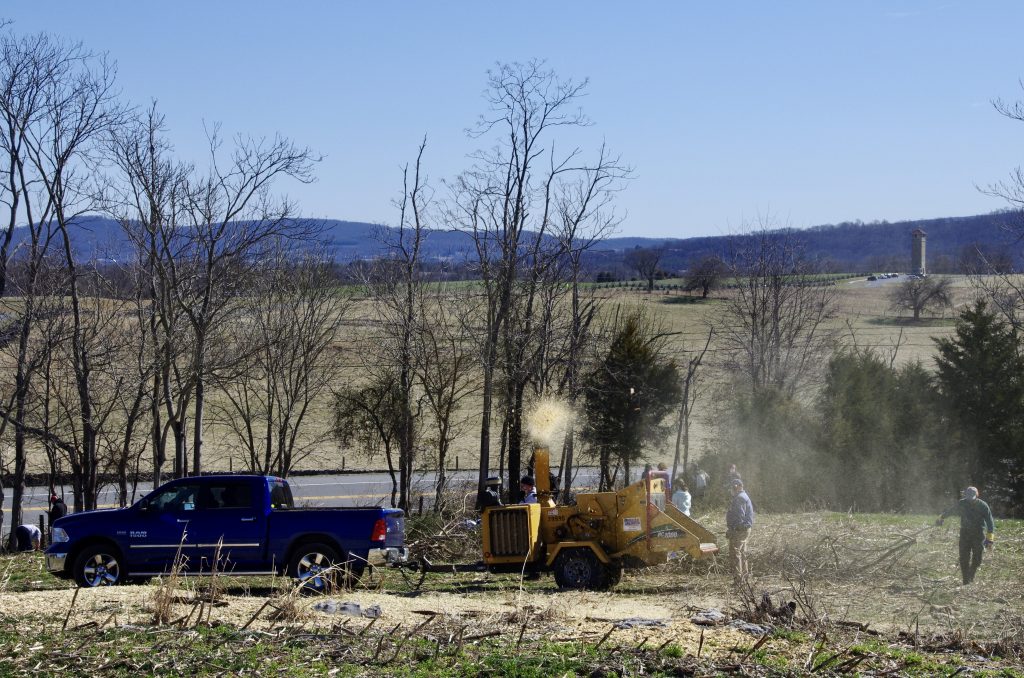 A view of the improved sight line

The Save Historic Antietam Foundation’s next volunteer workday will be held at 9:00 a.m. on Saturday, March 13, 2021. All volunteers will meet at the appointed time in the Antietam National Battlefield Visitor Center parking lot.

Due to COVID-19 restrictions, face masks are required and social distancing guidelines will be followed. As usual, dress for the weather, bring gloves, tools, and water.

This workday will be postponed if heavy rain occurs or is predicted. Stay tuned to the SHAF website and our Facebook page for further information and updates.

SHAF Statement Regarding the Destruction and Defacing of Civil War Monuments

Antietam, Harpers Ferry, South Mountain and Shepherdstown Battlefields, were scenes of major conflict during the Maryland Campaign of 1862. When these battlefields were recognized as historic sites where thousands of American lives were lost, and many thousands more forever changed, various groups chose to commemorate these places. The first commemoration, arguably, was to create cemeteries, to which the remains of those buried on the field were removed. After many years, statues, monuments and markers were erected to recognize the sacrifice and valor displayed by American soldiers at these sites. SHAF believes that any place Americans fought, bled, and died becomes hallowed ground, and thus are entitled to the solemnity accorded cemeteries. As recently as ten years ago, partial remains of soldiers were discovered on these sacred fields, demonstrating this land is still, essentially, hallowed ground.

We believe removing any vestige of one side on Civil War battlefields would present a distorted version of America’s greatest internal conflict. Rather than remove the commemorative artifacts of previous generations, we need to contextualize and interpret the past to advance education and support preservation. We therefore deplore the vandalizing of any statue or monument on this ground and oppose their removal. We instead call for a more thorough understanding through additional interpretive markers explaining the evolution of societal values and the power of historical memory.